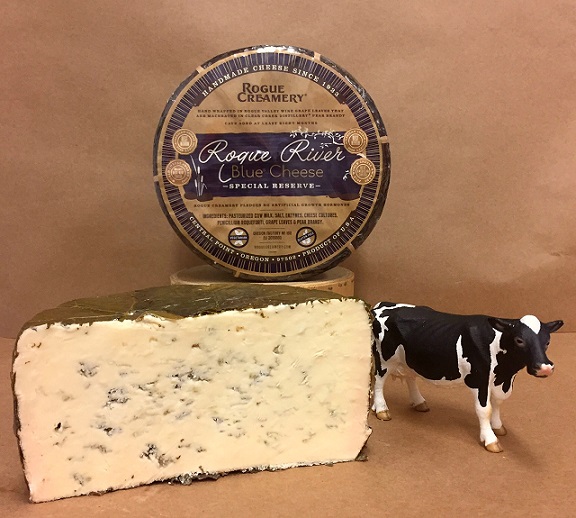 Every week at Dairymaids we select six cheeses to include in our free cheese tasting. Whenever we are open, we are tasting cheese. We stock over 150

Mt. Tam, a buttery triple-cream made from organic, cow's milk, is the signature cheese of the Cowgirl Creamery in California. It is named for Mt. Tamalpais, which is just north of San Francisco Bay. Elegant as cheese gets, Mt. Tam is a special treat.

Young Chrissy Omo created Baby Caprino to emulate the soft-ripened goat's cheeses she had in Italy. Made with the goat's milk from her own farm, Baby Caprino is delicate with a flavorful kick.

The newest cheese from Jasper Hill Cellars in Vermont, Alpha Tolman is named for a Vermont dairy farmer from the turn of the century. Made in the Alpine-style with raw cow's milk, it is savory, nutty and earthy - similar to a robust Gruyere.

Joe and his wife, Mary, have built their entire business around the production of this cheese, Matos St. Jorge, named after their homeland. In St. Jorge, a Portuguese island in the Azores, Joe’s family has been making cheese for five generations. More than 25 years ago, Joe moved to Santa Rosa, California where there was a Portuguese population hungry for the cheese of home. With a small herd of Jersey cows, he started producing this raw milk cheese which is smooth, sweet, and buttery. Its semi-firm texture lends it nicely to melting.

Rowdy Gentleman is a goat's milk cheese made in the shape of a loaf and washed in beer by Prodigal Farms in North Carolina. Through the center of the cheese is a line of ash. The wash gives the buttery, mild paste a subtle funk. Rowdy Gentleman took third place in its category in the national American Cheese Society competition.

The innovative guys at the Rogue Creamery in Oregon make the award-winning Rogue River Blue. One batch of the cheese is made every year and aged for no less than twelve months before it is released around September. It is wrapped in grape leaves from the nearby Carpenter Hill Vineyards that have been soaked with Clear Creek Pear Brandy. The leaves keep the cheese moist and creamy, while imparting a flavor both sweet and woodsy.

Our wine of the week is a Gamay from Le Coeur de la Reine in Touraine, France. It is light-bodied, smooth, and mellow with bright notes of strawberry and raspberry. We taste wine from 10am to 2pm on Saturdays.

Our pairing of the week is a Quince Conserve from American Spoon in Michigan.

Enter your email below to sign up for our Newsletter!